Tribeca is permanently closed!
If you are searching for a jazz Club in Porto, please try Hotfive Jazz & Blues Club 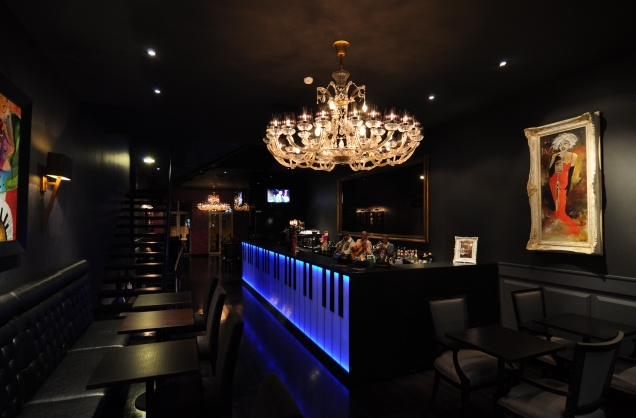 A taste of jazzy New York in Porto

If you know or have been to New York, then you recognize the name of Tribeca. It’s a neighborhood located in central Manhattan and stands as an abbreviation for “Triangle Below Canal Street”, being a vibrant area of the city where Jazz marks the atmosphere.

I think a space like this, with live Jazz music and where you can have a taste of New York, was missing in Porto. And Tribeca not only fills the gap… it does that in a spontaneous and simultaneously exquisite way.

Talking only about Jazz does not pay justice to Tribeca, as it has a lot more to offer. Regarding music, live music also includes Soul and the amazing Brazilian rhythms of Bossa Nova. Then there’s also the space decoration, which really deserves to be mentioned. It has got an urban glamour, which recreates the style of a New Yorker club.

Tribeca works also a restaurant, on the upper floor, and the menu, although including Portuguese dishes, also reflects the influence of the magic city of New York. In fact, I would recommend, as an appetizer the Portobello grilled mushroom; as for the entrées, the Tribeca steak with french fries (this does remind me of New York) and save room for the Tribeca cheesecake at the end.

If you have dinner here, you can go downstairs and listen to the live music without paying an extra fee. The only thing I do not like about Tribeca is that it closes at 2 am, which I think is too early.

I have to admit Jazz and Bossa Nova is my favorite kind of music but even if you are not so much into this rhythms you should give Tribeca a try, after all, what is not to like in having a drink with friends in a soothing music atmosphere? Highly recommended!

Tribeca is very close to São Bento’s train station. You’ll be in a walking distance from Aliados Avenue, Santa Catarina Street and Majestic Café. Just a few steps away you can also find São João National Theatre and Santo Ildefonso’s church. Walk around the city centre and then let yourself go with the jazz flow at Tribeca.