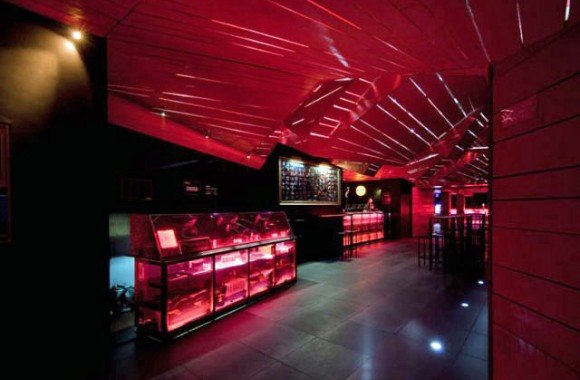 In a Velvet Underground lyric, a girl named Jenny was saved by Rock&Roll. We can say the same thing about Porto’s nightlife and Tendinha dos Clérigos is to the blame.

It revolutionized the nights of Porto, changing the lives of the bohemians, Rock&Roll fans and even the lives of those that only go out for a drink once a year, but when they do it, they like to go for the whole shebang.

A work in progress, because since its doors have opened some years ago, inviting us to a brave new dancehall, Tendinha dos Clérigos has always been crowed during the weekend, pumping with the same ritualistic energy and sympathy each one of its nights. It soon became an unwearying addiction of this city. And people don’t seem to get enough, taking insane to a higher frontier each week.

Well located in the hub of bars of Porto’s downtown, in Conde de Vizela street, a less flooded street than Galerias de Paris or Cândido dos Reis, Tendinha dos Clérigos provides the essential serum to nightlife. When the bells ring 04h a.m. and the other bars close, it’s time to hop on your feet and hop off at Tendinha.

The night there starts earlier, of course, and to have the necessary space and air to enjoy it’s interior architecture, it’s better to go there before 4 o’clock in the morning. Afterwards, everything will be dazed and confused except the Indie and Rock tunes shot in your direction by the top outlaw DJs of Porto.

During the week, the nights are not so crowed and the DJ sets are more eclectic, following the new tendencies of Indie Rock. “Thursdays are the new Fridays” suits perfectly as slogan of the fourth night of the week.

Besides Tendinha dos Clérigos, there are other places to go in the Rock circuit of bars in Porto. Radio Bar, for example, is a necessary pit stops in this itinerary.