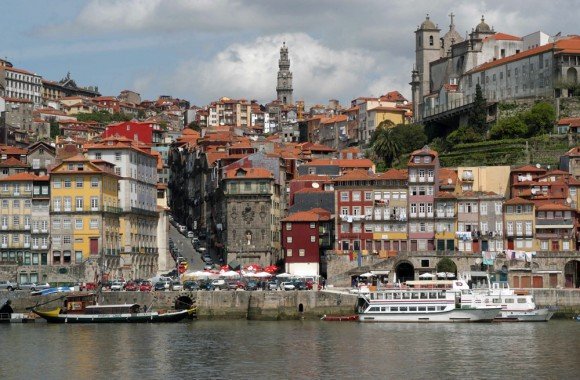 Along with Sé, Ribeira is one of the oldest neighborhoods of Porto. It is part of the historic centre and is a World Heritage Centre, protected by UNESCO since 1996.

Located on the south hillside of Porto, Ribeira is one of the most visited places in the city. The Praça da Ribeira, the Luis I Bridge, Casa do Infante, Rua da Fonte Taurina, Rua da Lada and Reboleira, and Praça do Infante, are the core of Ribeira do Porto.

In 1809, when Napoleon’s troops, commanded by Marshal Soult, invaded Porto, they marched to Ribeira, in order to close all the southern access to the city. The population panicked and ran to the old floating bridge – actually, it was just a set of small skiffs, lashed to each other – that did not hold the weight and fell in parts, causing many casualties. Even today, in Ribeira, just by the spot where the tragedy took place, there’s a monument – the Alminhas – in memory of those who lost their lives, and every day, the local population places some candles there.

In the neighborhood you can find dozens of restaurants, bars and craft shops, open throughout the day but also open at night. If you want a taste of Portuguese wines and some delicious “tapas”, visit Wine Quay Bar.

For years, Ribeira was the place where everyone gathered in the evening for a few drinks and talks. Currently (and fortunately!), the movida’s spirit is retrieving to Ribeira once again.

This can be also one of the best places in town to eat: traditional restaurants, where you can dine in tables facing the river, are the best way to start the evening.

The Bairro do Barredo, in the center of Ribeira, with its old houses, welcomes visitors who came from Sé, trough Rua dos Mercadores. Located in Barredo, is one of the oldest civilian buildings in Porto, a small tower house, from the 13th century, which is preserved intact, like a precious gem from the past.

The old Rabelo boats, loaded with Port Wine cellars, usually stay along the Douro’s banks, in Ribeira. There, you’ll find several tourist boats, if you want to embark and make a trip along the Douro.