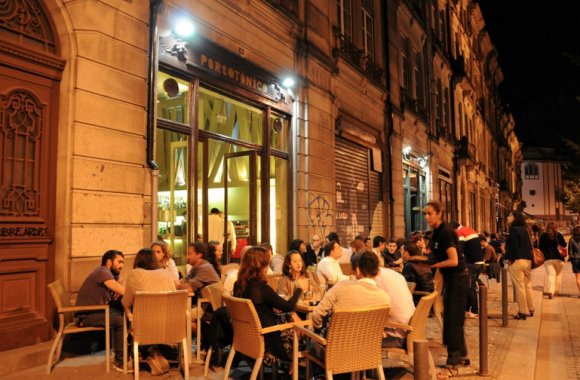 Port Wine met Tonic water and they lived happily ever after. A marriage made possible when an ancient pleasure, the drinking of well known licorice wine from Porto, decided it was time to embrace new adventures, like our sailors did some centuries ago.

When the pub Porto Tónico opened doors, friends and lovers of this wine and also other inhabitants of downtown nightlife not so fond of liquor wine but craving for new tasty experiences, attracted by the mystery behind the name of the bar, found a brave new cocktail. An exotic, original, blend of sweetness and bitterness.

At Cândido dos Reis street, Porto Tónico overwhelms whoever tastes its drinks. Its main offer is this mix, served in many, exciting ways. Port wine has also the leading role in other well-known mixed drinks. All together, more than fifty different choices of cocktails. But the menu isn’t limited to cocktails. It’s also a gourmet restaurant, where all the dishes go well with port and tonic as sidekick.

This place has the aura of pubs from the anglo-american world. Well designed and thought not only to exquisite drinking pleasures but also for more social and dancing moments, to the sounds of pop-rock music from the 1980s and 1990s.

From Monday to Sunday, until 4am, this is a safe and delicious bet to start or to end the night. Next door, Twin’s Baixa is another great pub-disco-restaurant-cocktail-bar to try at downtown nightlife.

The city downtown nightlife has a roof for every one of you. Champagne and sparkling wine lovers can hop off at Champanheria da Baixa. The next stop, for wine fans, is Café Candelabro. And the gin and tonic-oholics won’t forget The Gin House.