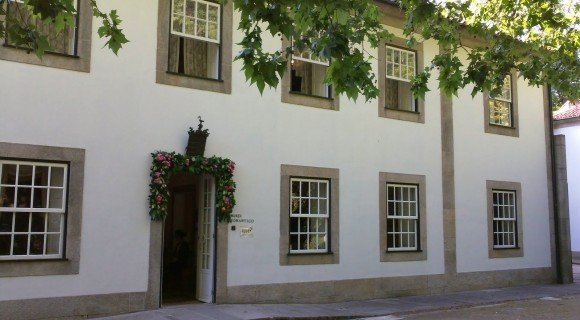 Near the Crystal Palace, in one of the bucolic boulevards of Massarelos, you’ll find Quinta da Macieirinha (old Quinta do Sacramento). It’s a beautiful building from the mid-18th century, that recalls a time in which that part of Porto was still very rural and aristocratic.

In the early 19th century, António Ferreira Pinto Basto, a big Port Wine millionaire, bought the manor and transformed it into a summer house for the family. Therefore, surrounded by the beautiful countryside, with high views over the Douro, Quinta da Macieirinha became one of the symbols of the Victorian Porto.

But the story just began here: in 1849, after losing the Battle of Novara, against the Austrian Empire, King Carlo Alberto of Savoy and Piedmont-Sardinia, in Italy, was forced to abdicate the throne and seek political asylum. The defeated king took refuge in the city of Porto.

The millionaire Pinto Basto, moved by the fate of the Italian king, offered him residence in his Macieirinha mansion. However, tired by the long journey, sick and heartbroken by the defeat, Carlo Alberto died a short time after moving to Porto, on July 28, 1849, in his room, in Macieirinha.

Today, the mansion is transformed in a Victorian Museum, where you can see the room where the exiled king died, the beautiful ballrooms of the eighteen hundreds, several pictures and old portraits of the royalty, the game rooms as well as other aspects of Porto’s daily life in 1850. It’s like an open time capsule, ready to be explored.

Nearby, you have the Palácio de Cristal and its gardens, Miguel Bombarda art galleries, the Caminhos do Romântico, and other attractions of the west part of the city.